I’ve written before about my blog name* but finding this video in my Facebook feed this morning is just reaffirmation. It’s hard not to smile listening to those giggles.

*More about my blog name-

What Do You See?

As I was preparing to write a post about this article Not One More: Protect and Empower Trans Youth  that was shared in one of the parent Facebook groups, I saw it. Another one. Rest in Power Sam Taub 15 years old. Gone.

Do you remember 15? I sure do. I had a million secret crushes. My walls were plastered with my favorite heart throbs- Shaun Cassidy, Scott Baio, Leif Garrett.  I spent hours on the phone with my best friend analyzing if the way some guy said hi or looked at one of us meant anything. I listened to the radio, played my cassettes and records. I read my favorite books over and over again. I hoped that maybe someday I would look more like a girl and less like a stick figure. I agonized over that first kiss, which would not happen for 2 more years. I thought being 15 was so hard.

I had it easy.

Transgender people, no matter what their age, don’t always have it that easy. Their worries at 15, 18, 22 are much different than your average young person at that same age.

Transgender youth are at a scary high percentage for being at risk of attempting suicide – 41%. And then in the article about Sam Taub I was introduced to a new stat- that it is estimated that 62% of reported trans suicides were boys between the ages of 15-24. GULP

As the mother of a trans guy who falls in that age range, my heart seizes. I can’t breathe. I panic. Once again, as is often the case when I hear of another transgender person lost, I want to hold onto Kris and never let him go.

I cannot stress strongly enough how important it is to support transgender youth -actually ALL trans people.

If you click on just 2 links as you read posts of other bloggers today, please make them these 2! I could cut and paste all the relevant parts but that would be the entirety of both articles. There are similarities between the two, as there should be. They both talk about transgender youth and suicide.

Not One More: Protect and Empower Trans Youth

And if for whatever reason, you can’t, this is what stands out to me-

From Not One More–

“Supporting transgender and gender non-conforming youth in our communities can help prevent suicides. These young people aren’t taking their lives because they’re weak, or selfish, or because they are attention seeking. Many youth could have simply run out of resources. Perhaps they aren’t killing themselves because they’re transgender — they’re doing it because they are being treated as sub human, and because other people’s ignorance has made day to day life can be too painful to bear.”

“A recent Pew study found that only 8 percent of people have ever (knowingly) met a transgender person. And sadly, society has a very thinly veiled repugnance for many aspects of being transgender, and what they assume we must be like. There is an obsession with our genitalia, and what we have or haven’t done surgically. We are accused of mutilating our bodies, we’re interrogated about how we experience sex and sexuality, and it seems no question is off limits when people talk to and about us. We are vilified by society for simply wanting to relieve ourselves in the bathroom we feel safe in, and are painted as rapists, child predators, exhibitionists, etc. Transgender people are still working hard just to be seen as human beings to much of society, and until this is achieved, the most vulnerable among us are at constant risk.”

So, what can you do to support a transgender person? The following tips are a combination from both articles.

1. Listen with an open mind and a loving heart.

2. Provide them with a safe place to express themselves.

5. Enlist professional support from experienced in transgender care- both medical and emotional.

6. Do NOT out them to others or suggest they not identify themselves as their true selves.

7. Do not judge their decisions. This is their life, not yours.

Be a TRUE ALLY! There’s a good chance you are saving a life!

The transgender community has chosen to remember those lost with a # campaign- #HerNameWas/#HisNameWas.

Don’t let another transgender person become the latest on this list of #HisNameWas #Her NameWas.

A few weeks ago I was shopping at the Vera Bradley store.  When I’m at the outlet mall, I can’t resist the opportunity to pop in and see if I can find a great bargain. If you aren’t familiar with Vera Bradley, they sell luggage, handbags and accessories and are best known for the quilted colorful patterns they use. The patterns tend to have a feminine feel- floral, swirly…… you get the idea. Although the bags were originally designed with women in mind, I do believe the style appeals to those who really like that look and in all the times I’ve been in the store, it is predominantly filled with women and girls. The few men that I have encountered there have been miserable, grumpy and bored from being there way too long while their loved one is shopping… you get the picture. In all fairness, there are many women who don’t like the store for the same reason. It’s the kind of store that really does cater to a very specific consumer.

While I was contemplating whether the 60% off justified a totally unnecessary purchase of a totally cute purse, I overheard the following conversation between two store employees, a manager and a salesperson:

Manager: We need to begin working on collecting birthdates from customers and it should be done in a very specific way.

Salesperson: How should we do it?

Manager: You should try not to do it in a way that will let them say no. It should be at the time of purchase.

Manager: Just say- “Month and day of your birth?” No pronouns

Manager: No ma’am, no sir. No pronouns.

While I would not have expected to hear that conversation in that particular store, it gave me hope. Whether it was a corporate policy or specific to that location, it is a step. I see any sign that people are aware that gender is more than snips and snails and puppy dog tails versus sugar and spice and everything nice, as a move in the right direction. It might seem small and insignificant, but if two more single stores or companies were to make a change that showed gender awareness to their staff and they inspired two stores…just think about it!

It brings to mind a commercial from the early 80’s for Faberge Organics Shampoo. If you were around then, you might remember it:

If we continue to share these small things and they are shared by those we share with….even if it’s only two friends…well, you can do the math. I’m going to keep sharing blog posts, infographics and articles on Facebook and here at Dandelion Fuzz. Maybe I’m being naïve, but I think every little thing makes a difference. 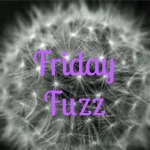 This article showed up in my Facebook news feed yesterday:

8 critical facts about the state of transgender America​

Why is it so important to share this article? It’s simple. We need to keep doing our part to educate people and make them aware of the issues the transgender community faces. Over and over I hear the same story from loved ones of transgender people- “I didn’t even understand what transgender was, until my son/daughter/brother/sister came out.”

Did you see my hand raised there in the crowd? I really didn’t have a clue until Kris came out to us. And then I STILL did not understand what it meant. It took a lot of time, research, talking to Kris and learning. I had to be open to something that I wasn’t familiar with- something that scared me by how much I did not know.

The truth is that 4 years ago, the state of the transgender community didn’t factor in my life. And that was wrong. People need to be aware of what transgender people face and what they can do to help make the world a better place. I want to think that most people are kindhearted and want the best for everyone, and that if they act differently it comes from ignorance and fear of the unknown- not a place of hate.

If we can continue to share the articles, posts, infographics, cartoons, stories…… all of these things- hopefully more people will share them, too, working toward making changes. I want my son to live in a world where he can get a job, find a place to live, get the healthcare he needs and be happy without fear of discrimination or worse. I want this for all transgender people. They deserve it just as much as anyone else.

Thank you for stopping by!

Since Kris came out, I have not watched a transgender character on a tv show or movie. It has been fairly easy to do because those characters are few and far between. Being a subject that’s close to my heart, I’m nervous when I hear about trans storylines.

Kris and I used to watch Glee together until not that long ago. It was when a character who was born male but dressed as a girl and talked about himself/herself in the third person. That might be why Kris stopped watching. While there was nothing really wrong with the character, while we were watching it wasn’t explained very well. Maybe Wade/Unique did not know. Maybe the character was gender fluid. Maybe it was explained after we stopped watching.

Recently I was a little bored and needed some background noise to write by so I looked for Glee on Netflix, not really expecting to find it there. I was pleasantly surprised to find 88 episodes. Upon hearing that Glee was in its final season, I decided to do a Glee marathon, starting back at the beginning. Little did I know that Glee would be popping up on my radar once again with news of a transgender character. I’m interested to see how this is handled in light of all the positive press that the Amazon series Transparent is receiving.

What has your experience been watching transgender characters on tv shows or movies?

FROM ONE PARENT TO ANOTHER